In Taiwan, the use of influencers/bloggers plays an important role in digital marketing. In this blog, I would like to share with you 4 mistakes we made in influencer marketing and Taiwanese bloggers😓

Why do I share our failures ? It’s because I believe key to success in digital marketing in Taiwan is to to avoid failures. I hope whoever reached this blog will avoid making the same mistakes we made😆

Failure #1: not knowing the cost of hiring influencers

When we got the estimation for several influencers, I felt very uncomfortable. It only wrote the overall price and excluded details. In other words, there was no indication of how much the purchase price of the influencer would be and how much the margin would be.

At first, I didn’t know how much it would cost to use a Taiwanese influencer, so I just accepted it. But when I checked the usual price and margin with another agency, I found out that the reasonable margin for influencer is somewhere between 20 and 30%.

However, the company we asked to arrange was charging us 30%-40% margin. 40% margin is fine if we agreed but as I mentioned, we were not informed what was included in the overall price.

make sure you ask the details of agency’s estimation/purchase order.

In Taiwan, it’s not hard to contact the managers of influencers so I recommend contacting them directly first.

Here is an old information (from 2013…) of how much the Taiwanese influencers are. Since the information is very old, I recommend you multiply 1.5 times – 2 times to the listed price.

Failure #2: receiving likes but no CVs

At that time, we hypothesized that the number of likes on the influencer’s post would lead to conversion (purchase). In order to increase the number of likes, we created eye-catching photos using snapchat filter (Nowadays, almost every social network has such function but back then it was limited to Snapchat).

With closer analysis, we found out the following:
1) I we used a female influencer for a product aimed at women, but most of the likes came from men.
2) Fewer clicks on the URL: The focus went on the photo, not the URL

As far as we know, there isn’t much correlation between the number of likes and the number of CVs.
If you post something that only gets likes, you may not get CVs.

Failure #3: relying too much on past results

We used an influencer who was very effective in the past, but when we asked her for the 2nd time after about 3 months, the results were not as good as we had hoped. We later found out that the influencer had discovered the joy of making easy money by posting on social network and repeatedly promoted different products on her social network.

In other words, her PR posts on social network were excessive. As a result, the post about our product was buried along with other products within 1-2 days. We also found out that many Taiwanese consumers started disliking her Facebook page due to excessive promotions.

When you use an influencer in Taiwan, make sure you check their FB/Instagram page and check how often they promote products on their social network.

Failure #4: relying too much on the number of followers

I believe that the number of shares is the most important part of the post in Facebook.

Therefore, when we plan our influencers post, we think how shareable the post may be. If you only promote your product on social network, do you think people will share? Probably not unless it’s a really good product. You need to think the benefit of the post.

Lastly, influencers who reply to users’ comments are more likely to lead to CVs due to their engagement. So we also make sure to tell the influencers to reply to any comments on their post.

The following is a summary of our failures.

The effect of a single post will only last for 2-3 days so I highly recommend you negotiate with influencers regarding the right for advertising post. 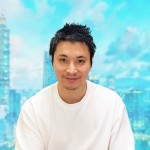